Japanese artist Yasushi Takahashi – a.k.a Yassan - left his job to travel through Japan, covering more than 4,349 miles (7,000 kilometres) in six months, mostly on foot and sometimes by car, ferry or bicycle.

GPS technology tracked his every step as he journeyed from Hokkaido island to Hyodo Cliff on Kyushu island where the trek ended.

Six months and 3,000 miles: Is this the most romantic proposal? 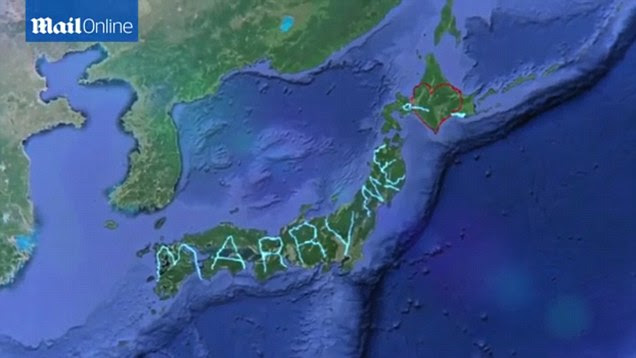 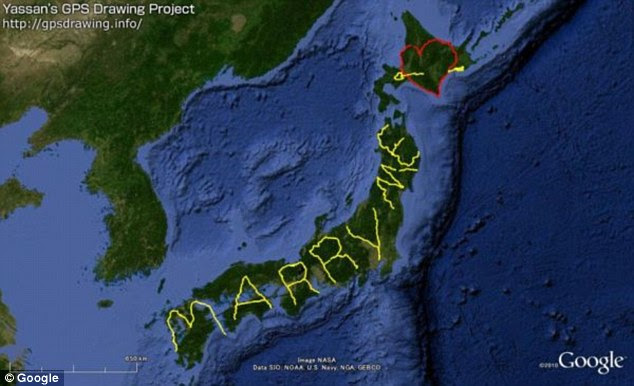 At the end of his journey, the GPS records of his travels around the country spelled out the phrase 'Marry Me' - with an arrow through the heart sign added afterwards for good measure.

Each location was carefully planned so that the GPS tracking would spell out his romantic chosen phrase clearly.

'I wanted to write the world's biggest proposal, and I found GPS drawing was the way to do it,' Yassan said of his feat. 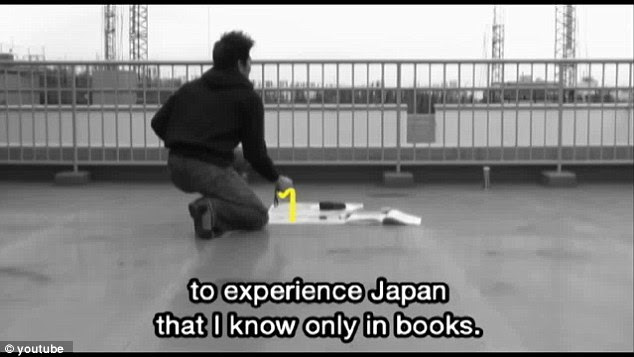 Yasushi Takahashi also made a video of his entire trek to show his girlfriend afterwards. At the start of his record breaking journey he straps on his GPS tracking equipment, above Seen from above, the GPS tracking leaves a trail wherever Yassa walks 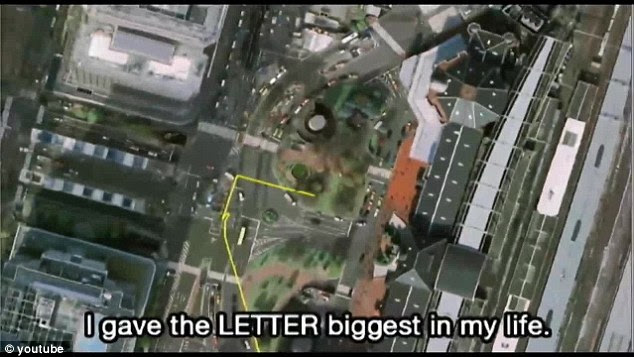 Yassan quit his job to go on the trek of his home country, visiting locations the length and breadth of Japan

The heartwarming expedition has been chosen to appear in a new documentary about how walking can lead to extraordinary things.

The 'Walkumentary Series' is an online project produced by Amsterdam-based agency this that + the other for the brand Hi-Tec, which aims to show how inspiring walking can be.

Yassan, then 31, quit his job in 2008 and planned a journey through Japan, taking with him a GPS device and a map. 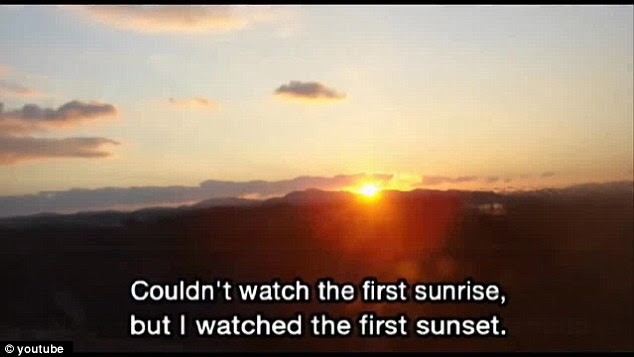 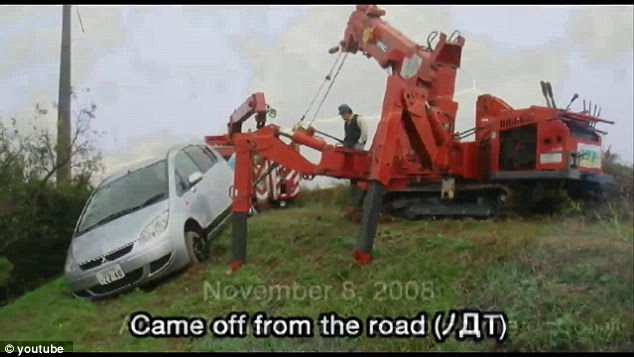 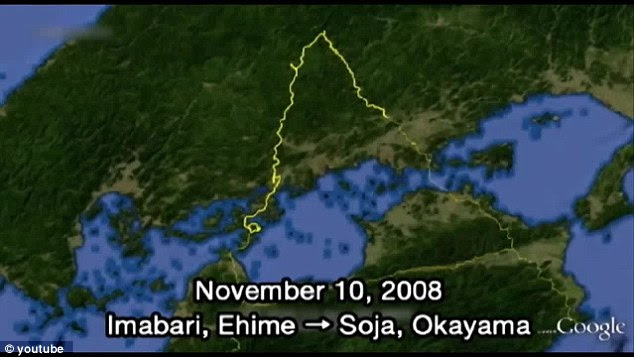 Give me an 'M': Yassan starts the first letter of his carefully planned proposal

What is GPS anyway?

GPS stands for Global Positioning System, and is a worldwide radio-navigation system which automatically sends information to a central tracking portal.

It is used in a range of situations to monitor the location of things and people in real-time, using the Global Navigation Satellite System (GNSS) network.

Microwave signals are transmitted to GPS devices to give information on location, speed of travel, time and direction.

A GPS tracking system can give real-time and historic navigation data on any kind of journey.

His purpose was two-fold: to experience Japan fully, and also to draw a special message for his girlfriend using GPS tracking technology.

As a part of his unique marriage proposal, Yassan also created a seven-minute video describing his epic journey through the country.

The video is split into seven 'chapters' and shows various stages of his trek, starting at Hokkaido island.

Video footage of his experiences include him walking along on dificult roads, climbing Mount Fuji and visiting hot springs. 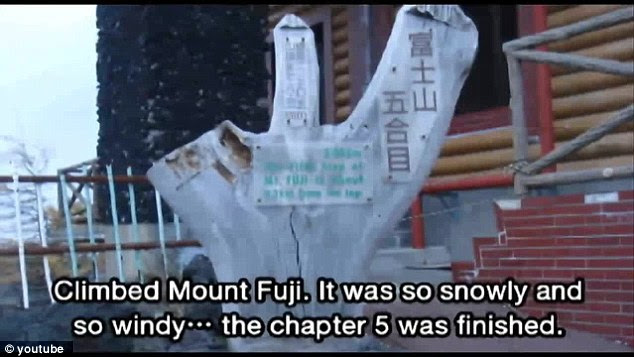 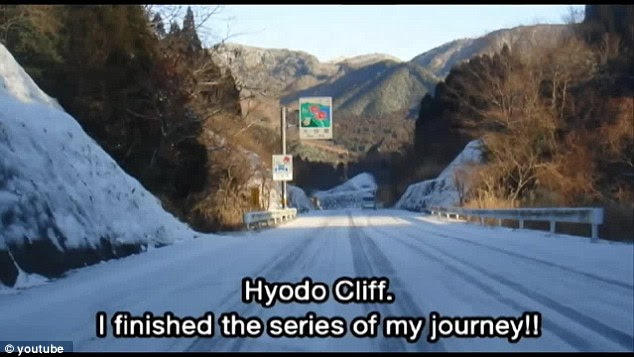 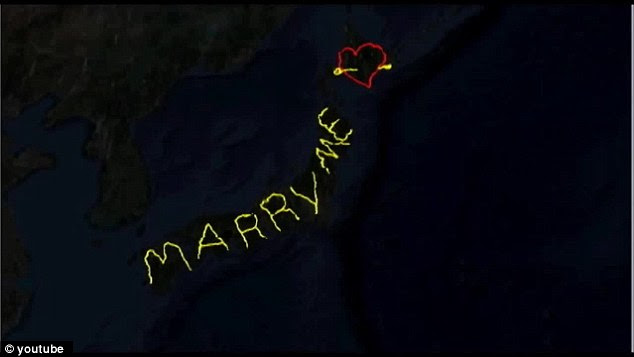 All lit up at night, the giant proposal is the only one in the world which can be seen from space

And was it a happy ending? Luckily, yes, despite the fact that it took six months.

'It wasn't a waste of time. After I explained, she said yes. It is a sweet memory,' says Yassan at the end of the documentary.

Put the internet to work for you.

Turn off or edit this Recipe